Oil and gas company Neptune Energy has stopped a drilling operation in the Norwegian Sea after COVID-19 cases identified aboard the offshore drilling rig West Phoenix.

The Seadrill West Phonix semi-submersible drilling rig is currently on assignment for Neptune in the Norwegian Sea. There are 126 people on board.

Per Neptune, the first person to test positive for Covid-19 on Saturday 2 August has been transported ashore and is in quarantine.

“The other person has tested positive on a PCR rapid test. A new Covid-19 test will be performed at least 48 hours after the first positive test, which will be sent for analysis at Molde Hospital. The person is in quarantine on the drilling rig and under medical supervision,” Neptune said.

Neptune further said that all rig personnel identified as having had close contact with the two persons in question have been placed in isolation in their cabins.

“Covid-19 rapid testing is performed on this group, and they will in addition be followed up by a test number two at least 48 hours after the first test,” the oil and gas firm added.

“All other personnel on board will also be tested and the tests sent to Molde Hospital for analysis. Neptune Energy has also made a rapid test device available on board, and all personnel om board will be tested on the rig in order to be able to map the scope on board as quickly as possible and give personnel status of their own health situation. Additional health personnel have been sent to West Phoenix to assist with the work,” Neptune said.

Drilling operation on the rig is still stopped, and the well is secured. The health authorities in Kristiansund handle infection control and tracking on land.

“The incident is handled by the rig company Seadrill. Neptune Energy support the rig owner in dealing with the situation.” Neptune said.

The drilling rig is located at Neptune’s Fenja development, its first operated development project on the Norwegian Shelf, estimated to contain 97 million boe. 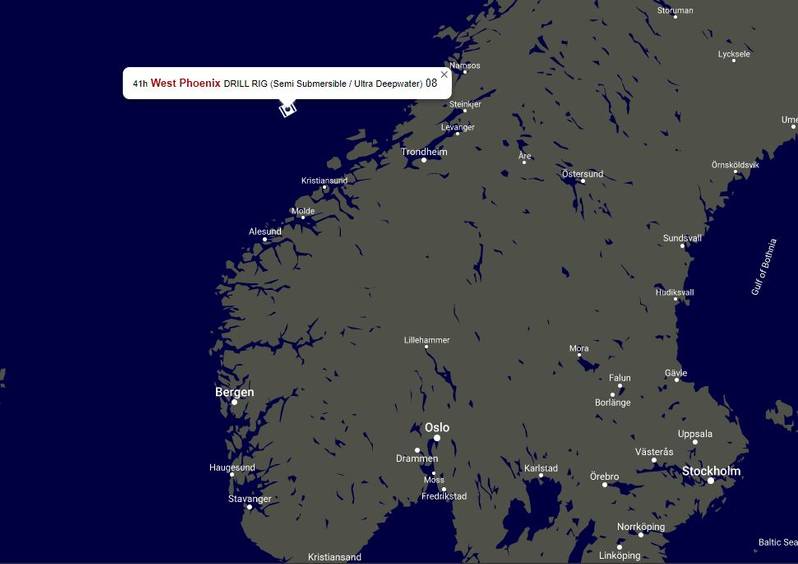